If there was one thing from an NUS canteen stall that Mohammad Mobashir could eat for the rest of his life, it would be the peanut butter waffles with an extra scoop of peanut butter (from The Terrace’s drink stall). He must have a thing for peanuts because he also thinks that the best hawker food in Singapore is the satay with peanut sauce that he gets from a stall at Lau Pa Sat. Fake English accents peeve him, but just give him some bubble wrap to pop (guiltily gleefully) and he’ll be all right. Mobashir also enjoys the satisfaction of being able to ‘tick off’ all the countries he’s travelled to and would like travel around the world in the future.

Where did you grow up?


What are you studying at SoC?

I’m in the third year of my PhD in Computer Science. My research interest lies in the confluence of Wireless Sensor Networks and the Internet of Things (IoT). I aim to build communication protocols which would perform well in an environment consisting of numerous devices generating a lot of interference for each other. Hopefully when the IoT hype meets the Tech Reality, people might find my work useful.

I can classify myself as a Full Stack Developer, a person who looks into the research and development of the different layers of the networking protocol suite for Internet of Things. With more and more technologies coming into existence ranging from ZigBee to Bluetooth to WiFi, a common communication paradigm would be necessary. I hope I would be able to fill this void.

SoC has given me a platform to play multiple roles during my stay here from being a student to an independent researcher to a tutor. I have been gifted with a blend of a motivating supervisor, helpful colleagues and curious students.

The most challenging thing [I’ve faced here] was to adapt my eating habits. No, it is not that I have started eating particularly healthy meals like McDonalds (pun intended). Instead the change has been in my eating timings where the dinner ends around 6 in the evening. Surprisingly that was the time I used to finish eating my evening snacks back in India :P.

One improvisation to the campus according to me should be adding a lot of foosball tables. I seem to have acquired an addiction for it during my internship at Microsoft Research and somehow I'm finding it hard to overcome it :(.

Besides doing research I manage to take some time out to travel to different countries. I love travelling and wished that my career had been oriented towards a profession which demanded travelling :(. Luckily as a graduate student we get to travel for conferences and I'm trying my best to make the most out of it!

What did you want to be when you were younger?

I wanted to become a cartoonist. I'm still interested in it but as a hobbyist instead of a profession. I enjoy sketching cartoon characters whenever I take time out of PhD and perhaps that's the reason why I enjoy movies like "Madagascar" instead of "My Fair Lady". 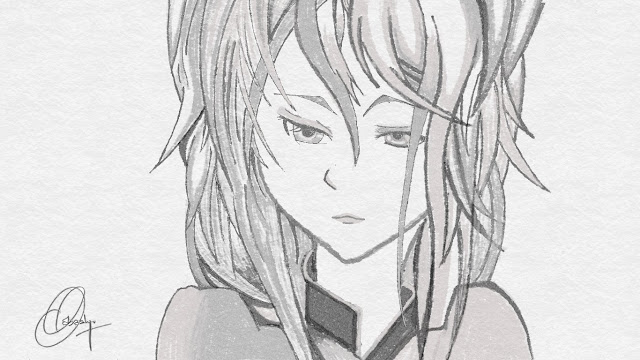 What is something most people would be surprised to learn about you?

Something that surprises a lot of my friends is that I have not watched even a single episode of Friends or Big Bang Theory or the many other television series which are rated above 9 in IMDB and is bread and butter to all my friends. Trust me that I had to look into IMDB right now to get the list of popular TV series to answer this question :P.

What advice would you give a prospective PG student?

Keep calm and research hard. More importantly, stay away from discussion leading to "When are you graduating?" and profiles of fellow PhD candidates publishing like a machine. One thing that I have learnt from PhD is to accept "rejects" sportingly. Be it from a prospective girlfriend or a top rank conference. If we work hard enough we are definitely going to get what we dream for.

Locked in a room with a dog. Even the tiniest Chihuahua scares the @#$@ out of me :-/

Three items you'd want if you were stranded on a deserted island for eternity?

1. Some bubble wrap
2. My Timberlands shoes
3. And of course decent supply of water

Tell us who we should we talk to next. Email tien@nus.edu.sg
Posted by Tien at 20:00